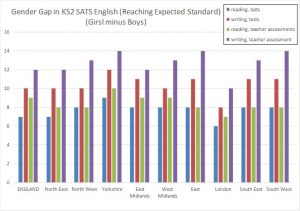 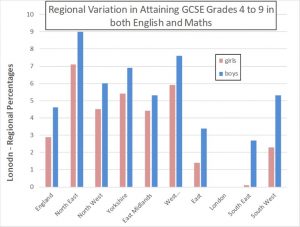 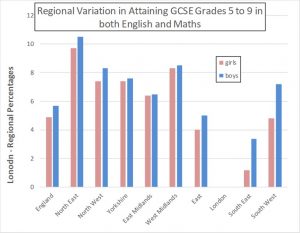 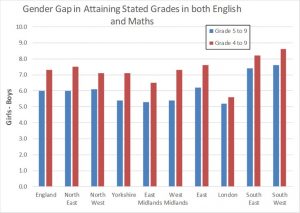 Table 2: GCSE Gender Gap Versus Regional Gap (All England). The Table relates to the percentage of candidates gaining passes in both English and Maths. The regional gap is the country-average difference with respect to London; the gender gap is girls minus boys, averaged for England. 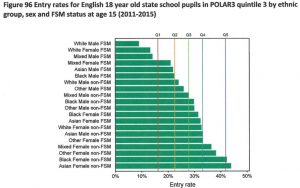